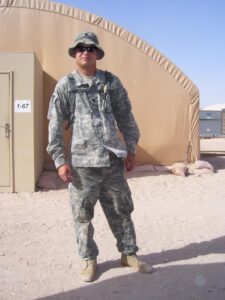 Kyle Sayre joined the U.S Army as a combat engineer august of 2006 right after high school. The first six months of his deployment, he was attached to infantry company in 1st Cavalry, specializing in breaching obstacles and doors while clearing house’s with them. They were loosing a lot of soldiers so they desperately need guys on the line, which he volunteered for. Once he transitioned back to his regular unit after 6 months to start route clearance with them, route clearance is a convoy of specialized vehicles that can make safe passage of roads by clearing out improvised explosive devices as well as enemy activity. For route clearance, Kyle was a gunner most of the time in the lead gun truck or in the rear. In his 11 months, Kyle had already been through the gauntlet as far as firefights and IED’s go. 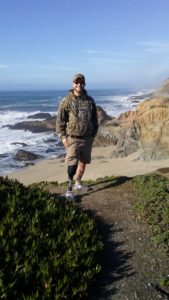 On the day that changed his life, he was in the lead vehicle as machine gunner on a route clearance convoy when his vehicle ran over crush wire which are positive and negative wires on top of the road that when triggered it send an arc of electricity down to the explosive or munitions that they use. Kyle’s vehicle was hit with a 155 mm artillery shell and other unknown ordnance and rolled over down the road 7 times. During those rollovers, his 50 cal machine gun broke off the mount and crushed his leg. On Kyle’s return to state side and his leg got progressively worse, problems with bone, blood flow and circulation. He suffered through 5 limb salvage surgeries to fix the damage, but they all failed which resulted in his leg amputation below the knee.

To this day, he does not regret anything and would go over there again if he could to fight and protect my brothers in arms.